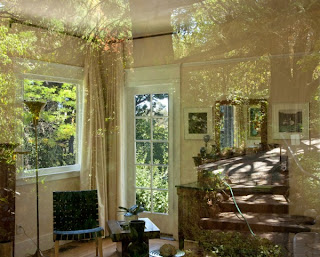 Add to your photography collection and donate to a charity at the same time. That is the concept behind Collect.Give. With prints at about $40, this is a steal. Perfect for gifts or for yourself. In many ways, this is a more down to earth version of Jen Bekman's 20x200. Since they began in December 2009 they have raised over $10,000 for charities.
Image above by Kerry Mansfield and is still available for purchase here.
Posted by Elizabeth No comments:

a work of tv art 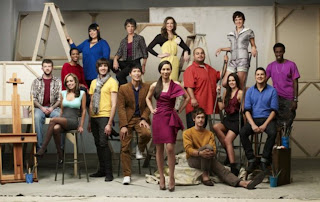 Cast of Bravo's Work of Art

I remember my friend Isis auditioning in NYC for a new reality TV show about artists over a year ago. She was into it, but could not continue with the auditioning process because of her schedule. In any case, I thought, at the time, that this was genius. Why not have artists on a cut-throat reality show? We have everyone else doing it---chefs, housewives, dancers---- lets put some of that prize money into an artist's hand, you know?

The show just aired on Bravo recently and is called Work of Art. I hate to admit it, but I am entertained (but that does not take too much). There are a few artists whose process, which is recorded via interviews and other footage, is interesting and seemingly coming from a real place. And the end result are pieces of art that I appreciate and are accessible to me.

The access to the dramas of the studio and the critique process must be astonishing to someone outside the art community. If you have ever sat in on a critique or visited a studio---you know how quickly it can all turn into a therapy session. Overall, there is nothing truly new being explored here. It is actually quite tame compared to some of the scenes I have experienced.

If at the least, the American TV public gets exposed to some art outside the paintings they view from their hotel rooms--then this is a success. I guess. I am still torn about the commercialization of EVERYTHING. When I was visiting a former professor this spring she was talking about how disappointed she was in the ego-fest at the Marina Abramovic performance/installation at MoMA. She felt like Marina "sold out" and was presenting her work in a way it can never be truly appreciated. I had just gone to the show and was moved by her performance--- but it was the first time I ever saw her. I defended the work by saying that it exposed a whole new generation to the history of her performance work -- bla bla bla. Now that I think about it, I get my professor's point. It is one thing to cause a spectacle and it is an entirely different thing to talk about a spectacle that is placed nicely on a white wall. one is life changing, the other is just informative.
Posted by Elizabeth No comments: