I have gone so long without posting. I am a slacker. a tired slacker. I will post pics from the reception for Site Seeing this week- and i will get back into my routine again....posts about artists, art, life in woodstock etc.

For now, here are a couple of images of the installation by the Starn Twins at the Staten Island Ferry. For those of you who do not know this, I grew up in Staten Island and feel some serious excitement about this piece. There could not be a place more in need of some splash of contemporary art. 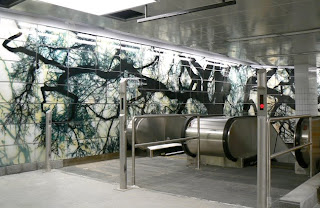 This work, among the other artists I have been blogging about, are featured in CPW's Site Seeing: Explorations of Landscape with is co-curated by myself and our Executive Director Ariel Shanberg.
DUMPSITES by Stephen Chalmers
These are images of locations in the west where serial killers have disposed of the bodies of their victims, located through Freedom of Information Act searches, police reports, true-crime novels, and other sources.. 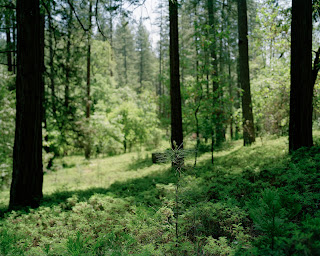 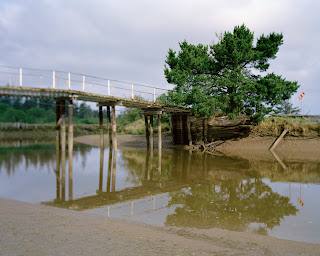 Jane Doe (Torso only)
This project reminds me of Joel Sternfeld's On This Site- in which he revisited and photographed locations that made the newspaper headlines when he was growing up. For example, Sternfeld photographed the motel where MLK was killed, the spot on the Ohio State campus where the students were gunned down during the anti-war protest etc... They were all shot dead-pan and included a brief statement about the incident that made that particular location significant to him.

Though these recordings of the tragically memorialized landscapes by Chalmers are documents to an extent, the use of a shallow depth of field adds an emoitional quality that prevents them from being categorized, like Sternfields, as dead pan. The ironic nature is that Sternfeld personally memorialized those locations (even if it was through a memory created by the media)- while Chalmers is living out a cultural history that is not directly his own.

Read more about Chalmers and the exhitiion here.
Posted by Elizabeth 3 comments: 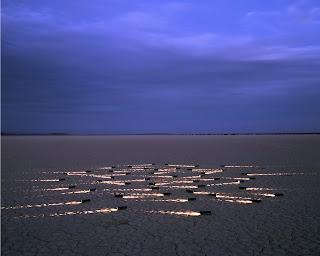 Even after all this time
The sun never says to the earth,
"You owe Me."

Look what happens
with a love like that,
It lights the Whole Sky.

~Hafiz
From: The Gift

image by Alfredo de Stefano, who is featured in CPW's Site Seeing (opening Jan. 24, at 5-7pm)
Posted by Elizabeth No comments: 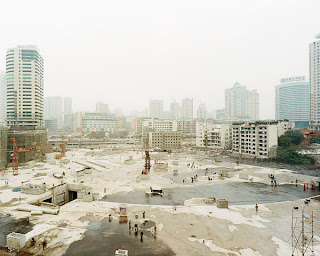 Another day...another artist from CPW's exhibition Site Seeing to highlight on my blog. Sze Tsung Leong's History Images are truly caught in between all aspects of time- the past, present and future. And they are so lovely...

from his artist statement: 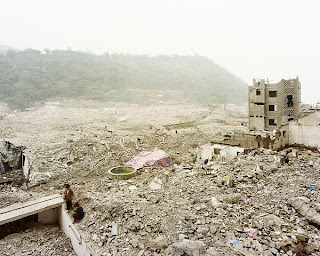 Sze Tsung Leong is represented by Yossi Milo Gallery. You can view his website here.
Posted by Elizabeth No comments: 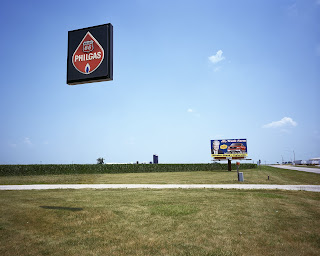 Another artist in CPW's exhibition Site Seeing is Matt Siber. The work featured in the show is from his series Floating Logos. 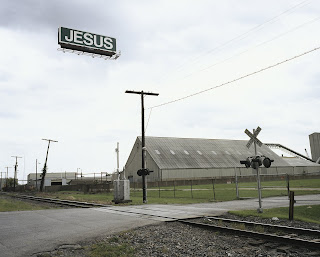 from matt's statement:
Inspired by the proliferation of very tall signs in the American Mid-West, Floating Logos seeks to draw attention to this often overlooked form of advertising. Perched atop very tall poles or stanchions, these corporate beacons emit their message by looming over us in their glowing, plastic perfection. Elimination of the support structure in the photographs allows the signs to literally float above the earth. In some cases the ground is purposefully left out of the image to further emphasize the disconnect between the corporate symbols and terra firma.

Making the signs appear to float not only draws attention to this type of signage but also gives them, and the companies that put them there, an otherworldly quality. References can be drawn to religious iconography, the supernatural, popular notions of extraterrestrials, or science fiction films such as Blade Runner. Each of these references refers to something that can profoundly affect our lives yet is just beyond our control and comprehension. 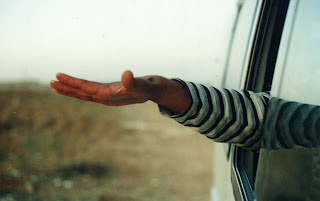 I am co-curating an exhibition with CPW's Executive Director Ariel Shanberg called Site Seeing: Explorations in Landscape which opens on January 24th (the reception is 5-7pm). I would like to highlight each artist that is represented in the show over the next few weeks. Today's post is about Annemarie Jacir. I have been a fan of hers for a long time and I am thilled that we are able to include her in this show. Her film takes on an important role in this exhibition, one that can speak to people of all cultures and backgrounds who have been treated like a foreigner in their own land.


Recognizing the personal, political, and social layers found within the everyday landscape, the 11 photographers and film makers featured in Site Seeing: Explorations of Landscape utilize a wide range of visual practices in order to unveil the sublime truths found beneath our feet and before our eyes.

We now live in an age where everything has been mapped, charted, graphed. What is left for us to map? Where can the modern explorer go? Today the multiple layers of meaning and connection to the Landscape are far more apparent. Its ability to bear evidence to our presence and follies is better understood now more than ever. And man’s ability to artificially alter and define the Landscape for our own purposes has grown abundantly clear. 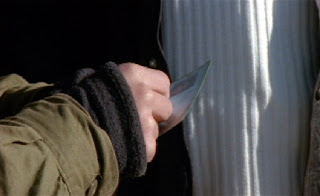 The Landscape has throughout the centuries, born witness to our need to claim, organize and control. The distress of separating and policing the Landscape on an individual’s creative freedom is revealed through Palestinian artist Annemarie Jacir’s short film Like Twenty Impossibles. Here is a description of the film from Annemarie:


What inspired like twenty impossibles is the continued fragmentation of us as Palestinians – how through the imposition of endless checkpoints and military barriers throughout our own land we have been separated from each other and also criminalized for the mere act of attempting freedom of movement – the right to travel from one place to another. Aside from the creation of arbitrary borders, this fragmentation has also been imposed through the identity cards that Palestinians carry. These ID cards further separate Palestinians from each other by labeling them as a “West Banker”, “Jerusalemite”, “Israeli citizen” or “American citizen”, “Gazan”, rather than allowing us our collective identity as Palestinians. I was also interested in exploring that fact that these various “labels” also give each individual different rights and privileges depending on what their ID is. In like twenty impossibles’, a group of Palestinian filmmakers begin their journey by making a film together and working as any ordinary film crew would – with a director, an actor, cinematographer, soundperson, etc. By the end of the film, because of these realities, a totally different situation exists.

all images by Annemarie Jacir and are stills from her film
Like Twenty Impossibles.
Learn more about her films here.
Posted by Elizabeth No comments:

image by Sophie Calle. She is featured in the exhibition, though I am not sure from what project.

There is only one month left to view this exhibition at Bard College's Hessel Museum of Art. I cannot believe I have not seen it yet! The list of artists is incredibly interesting.

Reconsidering the Documentary in Contemporary Art is such a weighted subject and I am very curious how the exhibition approaches it. I will see it soon and write my reviews.
Posted by Elizabeth 1 comment: 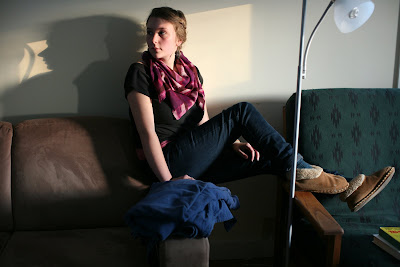 More Emily Dickinson for today's literary ramble. I cannot help it. I am obsessed with her right now and I finally just got a book of her work. I wish I enjoyed her more when I lived in Amherst (since people there are dickinson crazy).

The image was taken of Felicity over Christmas. This poem makes me think of her.

As if some little Arctic flower,
Upon the polar hem,
Went wandering down the latitudes,
Until it puzzled came
To continents of summer,
To firaments of sun,
To strange, bright crowds of flowers,
And birds of foreign tongue!
I say, as if this little flower
To Eden wandered in--
What then? Why, nothing, only
Your inference therefrom!